Nashville Star is one reality TV Singing competition that drew quite an audience when it aired between 2003 and 2008. The first five seasons of the program was aired on the USA Network with the remaining airing on NBC.  It should also be noted that the five seasons it aired on the USA earned it the unique reputation of being the longest-running competition series on TV as of that period. The show was aired on CMT in Canada up till season 5.

The show had similarities with American Idol in the sense that the performers were required to impress the public and judges through internet voting or call-ins. But unlike what is obtainable in American Idol, the performers were only allowed to sing country music. The restriction was, however, restrictions were eventually relaxed with the finalists been allowed to sing from several genres. So who is Nashville star, Miranda Lambert?

Nashville Star is credited to be responsible for kick-starting the careers of singers such as Miranda Lambert, Buddy Jewel, Chris Young, and Kacey Musgraves. Just like several country music stars such as Carrie Underwood and Kelly Clarkson, Miranda Lambert is one person that got her big break from a singing competition show. Chances are that you remember seeing her make her debut on Nashville Star back in 2003.

The singer and songwriter from Texas were one of the contestants on the first season of the USA network series. At that time, she was just nineteen years old and was already proving a wonder to the audience and judges alike. While on the show, fans and judges had the opportunity of watching her perform a song she co-wrote with her father titled Greyhound Bound Nowhere. She also revealed that she got a lot of inspiration from the career of her parents as private investigators.

Who Is Miranda Lambert?

Born Miranda Leigh Lambert on the 10 of November 1983, Miranda is one of the foremost American country songwriter and singer. She began her musical journey back in the early parts of 2001 when she independently released a self-titled album. Then came 2003 when she competed and finished in the third position on Nashville Star. She is also a member of a group ‘The Pistol Annies’ which was formed back in 2011 along with Angaleena Presley and Ashley Monroes. Lambart has had the unique honor of being a recipient of the Academy of Country Music Awards, Grammy Awards, as well as the Country Music Association Awards.

Her major-label debut album titled kerosene was certified as Platinum in America and contained hit singles such as Bring Me Down and New Strings. These songs and two other ones got into the top 40 on the Billboard Hot Country Songs. Also, her second album titled Crazy Ex-Girlfriend was unveiled back in early 2007. In this same album, three of the songs made it to the top 20 on country songs chart. The third album titled Revolution was unveiled in September 2009 with two of its songs topped the Hot Country Songs chart.

Miranda was born to the family of Bev and Rick Lambert in Longview, Texas and grew up in Lindale Texas. She got her name from her great-grandmother named Lucy Miranda. She also has a younger brother. Miranda’s parents while her mother was attending camp located at Southern Methodist University. At the same time, Rick was serving as on-campus undercover narcotic personnel. They would both eventually get together some years later.

Her dad is an ex Dallas police officer who was a part of the country-rock group named Contraband back in the 70s. Bev and Rick would later become private detectives and were even part of high-level cases such as the impeachment of then-President Bill Clinton. When the oil crisis hit the Texas economy, her family lost everything. At the end of the downturn, things got a bit better and soon her parents began a faith-based ministry and used their home as a shelter for people who were victims of domestic violence. The song “Gunpowder& Lead” is an attestation of the influence of her growing up as a child had on her music.

She made her professional singing debut in high school with the Texas Pride Band.

A Look At Miranda’s Musical Career Through The Years

At the age of sixteen, Lambert had made an appearance on the Johnnie High Country Music Revue in Texas. This was the same talent show that helped launch the career of people like LeAnn Rimes. She would then buy a recording session in Nashville Tennessee even though she would eventually leave the studio after she got frustrated with the pop music type that was being given to her. She would return to Texas in 2000 and requested that her father teach her how to play the guitar so she could write her songs. Then came 2001 when she released her first album with ten tracks in it.

Back in 2002, Lambert was hired by Dusty Meador to perform in a country music restaurant.  She went on performing in the Texas music scene opening for Kevin Fowler, Cooder Graw, and Jack Ingram. The year 2003 was to be a turning point for her as she auditioned for Nashville star when she came third. During her over two months of stay on the show, she caught the attention of Sony Music Executive and a judge of the show named Tracy Gershon.

On the 15th of September 2003, Miranda Lambert got signed up with Epic Records and she released her debut single titled Me and Charlie Talking in 2004. It was to serve as the lead single of her debut album titled Kerosene. The album made its debut as number one on the Billboard Top Country Albums charts. It would eventually gain Platinum certification for shipments exceeding a million copies.  The album would go on to produce four Top 40 singles on the Billboard country charts.

Her second album titled Crazy Ex-Girlfriend was unveiled in 2007 in which she write eight of the eleven tracks on the album. A number of the songs on the album were written while she was taking a concealed handgun class back in her home town. The album was so good that people began drawing comparisons with her and Dolly Parton.

In 2005, Lambert would become the winner of the Cover Girl Fresh Face of Country Music Award among other awards.

Then came the Revolution

Lambert would release her third album titled Revolution in 2009 and she is credited to have co-written 11 of the tracks. The album would go on to win several admirers after its release. Reviews were gotten from Boston Globe, Rolling Stone, and Slant Magazine. The release was recognized as the best Mainstream country album for the year. On the 1st of September 2010, it was revealed that Lambert had gotten a total of 9 CMA award nominations.

Lambert made it known that the lead single from her new album would be “It All Come Out in Wash.” The song was co-written by Hillary Lindsey and Lambert. Her seventh Studio album titled Wildcard was released on the 1st of November 2019.

By December 2015, it was revealed that she was dating Anderson East after they met at the Live on the Green Music Festival in September of the same year.  Lambert purchased a 400-plus acre farm at $3.4 million in 2016. She would eventually break up with East after dating for two years. She began dating Evan Felker in February 2018 although they would eventually break up in August 2018. She announced that she got married to New York Police officer Brendan McLoughlin in January 2019.

Nashville Star certainly proved to be the required springboard for Miranda Lambert’s career. She would eventually go on from being a little known countryside girl to become a Country Music Legend. Her story is certainly not yet complete as it is still being written. 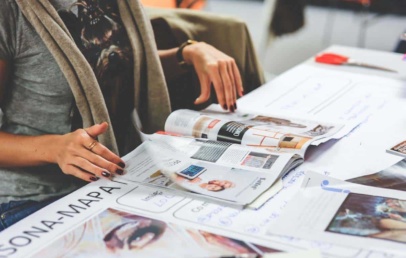