Since its inception in 2002, American Idol has continually churned out some of the biggest acts in recent times. Some of them such as Carrie Underwood, Kelly Clarkson, and Jordin Sparks have created and broken records in the television, Broadway and music industry. This is partly thanks to the seasons they spent on American idol. Idols are one of the most successful TV shows in this current dispensation. It was the inspiration for several other shows and careers. Here is the list of the most successful American Idol Winners.

Who are the most successful American Idol Winners?

American Idols is one TV show that has gone on to produce quite a several stars. Some of whom are Carrie Underwood, Jordin Sparks, Kelly Clarkson, David Cook, Fantasia Barrino, Reuben Studdard, Phillip Phillips, Taylor Hicks, Kris Allen, Nick Fradiani, Scott McCreery, and Lee Dewyze. These winners have gone on from winning on the show to winning in real life. We will take a look at each person mentioned and analyze how far they have come since winning the show.

Currently making waves as a pop professional, Nick is the winner of the 14th season of American Idol. Aside from this, he is also the winner of season nine of America’s Got Talent. It seems his affinity with reality TV is one that doesn’t look like breaking up soon.

Carrie Underwood is the winner of the fourth season of the Prestigious America Idol. Her name is one that is a household feature in most American homes. She is currently one of America’s most celebrated music stars. Currently, she has sold well over seventy million albums on a global scale.  In addition to this, she has been inducted into the Hollywood Walk of Fame. She is also a five-time winner of the CMT Artist of the Year award.

The pioneer winner of American Idol, Kelly Clarkson quickly grew to become one of the most successful alumni of the show. Since emerging the winner of American Idol, she has won three Grammy Awards and has also hosted her talk show. So far she has sold over 25 million albums and from all indications, she does not look like slowing down anytime soon.

Fantasia is the winner of season three of American Idol and has since seen her stock risen in the entertainment industry. Among the accolades in her kitty, she has won a Grammy Award for Best R&B Vocal Performance back in 2011. She has also gone on to appear on Broadway and has thus far won three NAACP Image Awards.

David Cook is the seventh winner of the American Idol. He endeared himself to hearts in the country with albums such as David Cook and This Loud Morning. One of his albums sold over a million copies and was certified platinum.

Ruben emerged the winner of the second season of American Idol and since then he has seen his stock raised as a national treasure of some sort. So far, he has gone on to sell over 2 million albums and even went platinum with ‘Soulful’ a 2003 release.

Kris Allen is the winner of the eighth season of American Idol. He rose to pop-stardom in a very short while. Currently, he has sold well over 400,000 albums on a global scale.

If you are a lover of blues, then chances are high that Taylor Hicks must have gotten your vote during the fifth season. So far he has joined a traveling Broadway show while also writing a memoir.

Scott’s career has been on an upward trajectory since the emerging winner of American Idol. His first album Clear as Day has gone on to reach platinum status. So far he has become a superstar with two BMI Awards and two American Country Awards to his name.

Lee is the winner of the ninth season of the American Idol TV show. He has been able to captivate audiences with his rock and folk type of music. He cut Male Reality Star Trophy and the prestigious Teen Choice Awards.

This is one of the later winners of the show. The season eleven winner of the show has so far gone on to be nominated for prestigious awards such as the American Music Awards, BMI Pop Music Award and a Teen Choice award.

While guidelines with betting promoting appear to have gotten looser as of late, later on there will without a doubt be more tight limitations toward keeping kids from seeing these adverts. A 2013 story in the Daily Mail detailed that the quantity of betting notices expanded by over 1,400% somewhere in the range of 2005 and 2013, with gauges that the normal kid saw 200 of these advertisements for each year. At the time that was 4% of all adverts appeared on TV, raising worries about their impact on kids and other weak populaces, (for example, issue card sharks). “The genuine issue with these adverts is they cause betting to appear to be ordinary,” said legislator Tessa Munt.Gambling advertisements on TV took off after 2005. Whatever the medium, it appears the promoting stages themselves will be left to settle on an official conclusion about on the off chance that they acknowledge it and to what norms. Google, for example, permits betting publicizing (inside specific boundaries) while Facebook is a lot stricter about permitting it, requiring a unique composed solicitation to be submitted from any eventual betting sponsor so when you click the add to go to this web-site be certain that it’s absolutely legitimate and endorsed by Google. The steady developing of laws attempting to stay aware of the most recent in both betting and publicizing patterns make us keep on deduction we will see enactment consistently one stage behind what betting advertisers are really doing. So don’t be amazed that insofar as betting in lawful, club, lottery associations, and every other person that needs your bet will make sense of an approach to help you to remember that reality.

What Is American Idol?

American Idol is one of the most popular shows ever aired on television. It is a singing competition series that was created by Simon Fuller and produced by FremantleMedia North America and was widely distributed in Fremantle North America. It was first aired on Fox Television in 2002 till 2016 for about 15 seasons. It then went on a break for about two years and made a return in 2018 on ABC.

How Did It All Start?

American Idol began as an extension of the Idols format which was largely based on the Pop Idol from British TV. It soon went on to become one of the most successful shows in American TV history. The whole idea of American Idol is about uncovering raw talents with the winner determined by the audience.

The show engages the services of a panel of judges who have the responsibility of critiquing the performance of the contestants. The judges for the first eight seasons were Paula Abdul, Randy Jackson, and Simon Cowell. The panel of Judges for the past three seasons includes Jennifer Lopez, Keith Urban, and Harry Connick Jr.

The show has recorded a level of success that can best be described as unparalleled in the broadcasting industry. It has so far served as a launchpad for many careers. Within its first decade, American Idol has produced about 345 Billboard chart-toppers such as Carrie Underwood, Kelly Clarkson, Adam Lambart and several others.

What Is The History Behind American Idol

Back in 2001, Simon Cowell, Fuller, and Simon Jones attempted to market the pop idol format to America. This idea was initially faced with opposition for all the TV networks such as Fox. Rupert Murdoch the head of Fox’s parent company was convinced to buy into the idea b his daughter. Even though the executives at Foxx wanted to alter the format, Murdoch insisted that it has to be the same as the British version. A change was however made owing to the different time zones within America which made it almost impossible for everyone to vote at the same time. A half-hour addition was added to help with the voting.

The show got renamed American Idol: The search for a Superstar and started in the Summer of 2002. Cowell was first offered the role of a showrunner even though he eventually rejected the offer. To the surprise of both Fox and Cowell, the show grew to become a huge success. The show was eventually moved to January and expanded. The massive growth experienced by the show was mainly as a result of its engagement with the contestants by making the audience vote. It was also helped by the presence of Cowell as a judge. When 2004 came, the show had already become a massive hit and was already the most-watched TV show in America a position it maintained for about seven seasons.

The show began facing challenges that saw its popularity decline beginning from 2012. Its ratings fell by about 20% for each season. The fifteenth season was its final season ending in 2016. In May 2019, it was announced that the show would be returning with the eighteenth season.

Who Are The People That Have Served As Judges On American Idol?

The show was originally designed to have four judges the same as the Pop Idol format. But by the time auditioning began; the show only had three judges. These were Paula Abdul, Randy Jackson, and Simon Cowell. The fourth chosen DJ Striker who was initially selected would eventually drop because of image concerns. Also, in the second season, Angie Martinez a New York radio personality had been engaged as a fourth judge, she would eventually withdraw after some days because she was not comfortable criticizing contestants.

When the eight seasons came, Latin Grammy Award nominee Kara DioGuardi was included as a fourth judge. She stayed put for two extra seasons and eventually left the show before the tenth season. Also, in 2010, Simon Cowell left the show to help with the American version of The X Factor. Steven Tyler and Jennifer Lopez joined the panel of judges of the show for the tenth season. However, both of them left after only two seasons.

One of the shows in American TV history that is easily synonymous with success is the American Idol show. The show has gone on to produce quite several stars who have managed to sell their success higher. Several others have enjoyed some level of success as well. 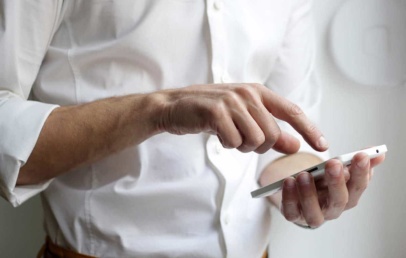