There are powerhouses in the world of sports and the New York Yankees are one of those powerhouses. The team is a professional baseball team that is based in the Bronx in New York City. They are an American League East Division team in Major League Baseball.  Aside from the New York Mets, they are the other Major League club based in the city of New York. They started as the Baltimore Orioles in the 1901 season. It was however bought by Bill Devery and Frank Farrell and thus renamed the New York Highlanders. In the year 1913, they were officially renamed the New York Yankees.

A look at the unique history of the New York Yankees

The New York Yankees is a team owned by Yankee Global enterprises which is a company with the family of George Steinbrenner having the controlling stake. He purchased the team back in 1973. Currently, Aaron Boone is the field manager of the team while Brian Cashman is the general manager of the team. It is on record that the team’s home games used to be played at the real Yankee Stadium between 1923 and 1973. Between 1974 and 1975, the team used the Shea Stadium alongside the Mets and the New York Jets.

By the year 2009, the team moved to a new location with the same name and was built adjacent to the previous facility that was demolished. The team has a unique record of having one of the largest crowd attendances in the MLB.

Honors Worthy Of Mention By The New York Yankees

As far as America is concerned, the Yankees are probably the most successful sports team. So far, they have won 40 American League pennants, 19 American League East Division titles and 27 World Series Championships creating records in the process. It is important to point out that the team has won more titles than all the major franchises in the four major American sports Leagues. In a bid to win laurels, the franchise has continually doled out large amounts of cash in its payroll to attract talents. The team is the second most valuable sports franchise in the world with an estimated value of about $4.6 billion.

The team has gained so much popularity and followership as well as its fair share of enemies from other teams.

A Breakdown Of The Team’s History

The best way to understand how far this team has come in terms of laurels and accomplishments is to follow its progress from the year of inception to date. Here is a breakdown of the timeline of the New York Yankees:

There were plans to include a team in New York City, however, this plan was blocked by the New York Giants. The team was however placed in Baltimore instead and it was named the Orioles. Between 1901 and 1903 several players who were on the payroll of the Orioles joined forces with the Giants.

However, at the start of 1903, a peace conference was organized to find lasting solutions to the existing disputes. During the meeting, Johnson requested that one of the AL teams should be placed in New York to play alongside the NL giants. This motion was agreed upon and adopted by the powers that be.

The move to New York

Hilltop Park was soon built in Manhattan. This team was to be known as the New York Highlanders. It was believed by fans that this name was selected because of the elevated location of the team in the Upper Manhattan area. the team was initially known as the New York Americans while some also called it the invaders. The name Yankee came about in 1904 because it sounded cool on the headlines.

The team finished second in the AL three times in a role between 1904 and 1910. In 1904, they lost out in the deciding game to the Boston Americans. While doing this, they broke and set a few records in the process.

The era of change

Then came the middle of the decade and the owners of the Yankees were in dire need of money. The start of the year 1915 saw the team selling the team to Ruppert Jacob.

Following the departure of Torre, Joe Girardi was signed to manage the club on a three-year contract. Also, the 2008 season was to be the last season they would play at the Yankee stadium. The Major League Baseball All-star game was played in the Yankee Stadium to celebrate the history of the Yankee stadium. Also, the last regular-season game was played on the 21st day of September 2008. The team went on to miss the playoffs for the first time in 14 seasons as a result of injuries.

As at the off-season, the team brought in several free agents. The start of the 2009 season saw the unveiling of the new stadium. A record was created by the Yankees as they went on to play error-free balls for eighteen games. They went on to clinch the first position at the AL East.

The 2010 season saw an unusual rivalry emerge between the Red Sox and the Yankees. They both began and ended the season against each other at Fenway Park. The last time this had happened was far as 1950. The Yankees went on to win the American League Wild Card.

The year 2012 saw the Yankees finishing with the best AL record with 95 to 67. Two prospects were traded by the Yankees in mid-July to the Seattle Mariners in exchange for Suzuki. The 2013 season was one that was characterized by several injuries. It started with Mark Teixeira getting his elbow strained during the World Baseball Classic before the commencement of the season. He went on to only play 15 games for the Yankees. Alex Rodriguez went on to only play 44 games after he had hip surgery. The 25th of September was a day to forget as the Yankees lost out to the Tampa Bay Rays who for the second only time removed them from contention for the playoffs. That season saw them ending in 3rd position at the AL East.

The year 2015 was to be a comeback season for the Yankees as they secured a place in the Playoffs. During his return from suspension, Rodriguez hit a total of 33 home runs which was his most since 2008. For the most part of that year, the Yankees led the AL east before they lost out to the Toronto Blue Jays team. They went on to end the season in the second position. They were eventually defeated by the Houston Astros.

July 2015 saw the Yankees trading Chapman to the Chicago Cubs for certain players among whom were Torres. They also exchanged Andrew Miller to Cleveland Indians for Clint Frazier and Justus Sheffield. Also, the Yankees adopted a rather surprising policy to be sellers instead of buyers which was a departure from their win-now system.

With a record of 27 World Series out of 40 appearances, among other incredible feats of accomplishments, the New York Yankees history is one that is rich in all ramifications. The century-old club is one that has weathered the bad times and made the most of its good times. The last and the best is certainly not yet heard of the team as more is yet to come!

Why Do Basketball Players Wear Leggings? 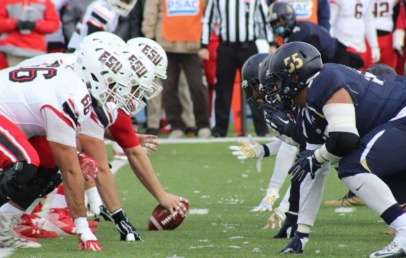 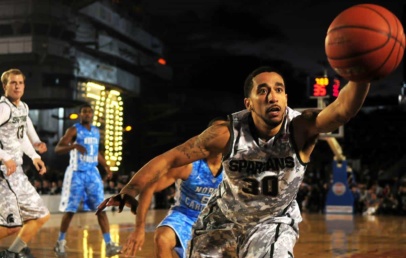