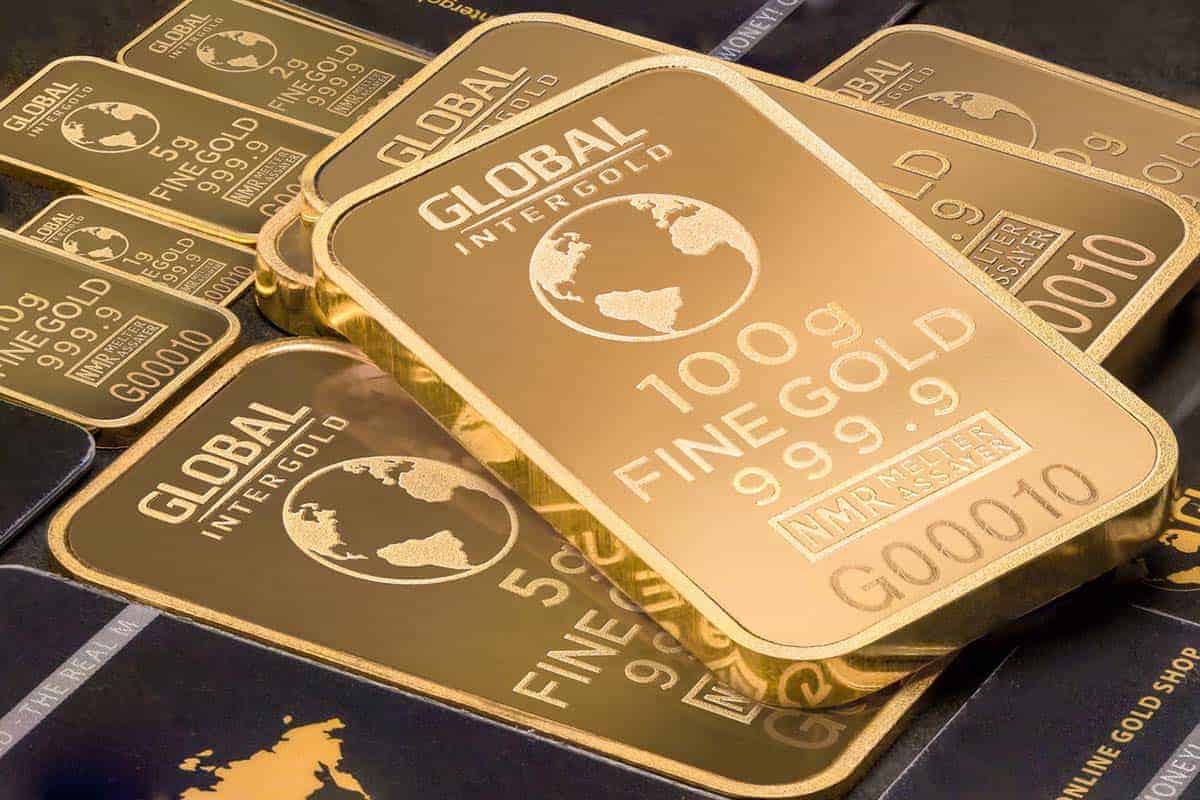 Gold Rush is a reality series that usually airs on Discovery Channel and its partners worldwide. It involves the collective efforts of different gold mining families running mining companies. The families involved are mostly in the Canada, Yukon, and Klondike region of Dawson City. Some seasons like Season Ten, which premiered during early 2020, included gold mining efforts in Western North America and South America.

The question is: how much does the cast of Gold Rush make?

The title of Gold Rush was “Gold Rush: Alaska” during the premiere of the first season. Its popularity and the fan base are a thing of wonder, and most people are eager to know how much does the cast of gold rush makes. Each member of the cast of Gold Rush earns a different amount from the other, and it is dependent on the individual’s contract with Discovery Channel before joining the Gold Rush series. The price range per episode ranges from $10,000 to $25,000, respectively, to mention but a few, Jack Hoffman earns around $10,000 per episode, while Chris Doumitt and John Schnabel earn $25,000 per episode.

What Is Gold Rush?

Gold Rush is a television series airing on the Discovery channel and other affiliated channels. It involves the documentation of real gold miners, their everyday struggle, how they carry out their work, and the obstacles they face.

The Rules That Govern The Cast Of Gold Rush

Earning millions is as easy as losing millions on the Gold Rush. Failing to adhere to some standards can turn your victory into a nightmare. On Gold Rush, the series has many tough lessons and rules for those who desire to be victorious. Some of them are:

Learn to increase the velocity of your work:

Season one captured the chronicles of Todd Hoffman and his fresh crew who knew little or nothing about mining operations. Their passion for gold mining arose of desperation to start a new life after losing their businesses and jobs due to the economic downturn.

The new development helped Hoffman identify his mistakes and aided him in learning the trade very fast. It was not long before he struck his first haul of gold.

Get acquainted with your equipment:

Buying brand new mining equipment can be excessively expensive for your team. Tony Beets and his family invested a little money in repairing a used gold dredge in season seven. The dredge turned out to be of immense use and proved reliable. Eventually, Tony and his family succeeded in using it to mine 2100 ounces of gold, which is worth about $2.5 million.

Having a private life while spending much of your time on the claim site is almost impossible. Signing up with a Reality Production Crew and giving them the permission to follow you and capture all that you do make it impossible to enjoy any form of privacy.

Pay your rent on time, or you might lose your claim:

After the success of season one, Hoffman and his crew experienced some difficulties in season two because Hoffman missed a rent payment.

It resulted in him losing the least on Fred Hurt and Porcupine Creek. His crew was willing to take his place right away. Hoffman had to locate another site in search of gold. It eventually led him to Dawson City in Yukon, Canada.

Other guidelines are that you have to be smart at allocating resources and earn enough money so you can pay your crew. You also have to follow all the safety rules, or be ready to face the outcome, do not flinch in the face of obstacles and experience counts.

The Net Worth And Earnings Of Some Gold Rush Cast

He wanted to join the military after the Pearl Harbour incident, but instead, he joined the Air Force through a drafting process. John started a gold mining company at the age of 68; the estimate of his net worth was $5 million. He died on March 18 of 2016.

He was one of the famous faces in the Gold Rush Reality TV show. He also succeeded in paving the way for his grandson, Park Schnabel, by teaching him some tricks and tips of the business. His sources of income included small ventures like sawmill, hardware store, and also his gold mining business. His salary for featuring in Gold Rush was $2million per season or $25,000 per episode.

The belief is that Chris Doumitt ventured into gold mining by mistake. He used to be a carpenter employed to build a cabin for the Hoffmans. The job was to last ten days, but Doumitt decided to spend extra time with the mining crew and ended up staying for up to five months.

He is a graduate of civil engineering who enjoys digging gold. He owns a family business in mining. It was Todd and Jack Hoffman that brought him into the Gold Rush show as a consultant in the first season of Gold Rush mining.

Dave succeeded in developing the rookie miners, teaching them professionalism in mining, and got the systems in place. After several failed attempts, they finally struck gold collecting about 2700oz of it. His net worth is $2 million, and his salary per episode he appears is $50,000. Most of his wealth is as a result of the Discovery Channel Gold Rush show.

Fred Hurt used to be a successful construction businessman for years before joining the gold miners. He majored in commercial diving in the Gulf of Mexico, which helped him acquire skills for underwater construction, salvage, and demolition.

After some seasons of engaging in mining, Fred and his team of five members finally found 600 ounces of gold. Due to his successful years in the construction business together with the $22,000 salary per episode, he earns in the TV show “Gold Rush,” he amassed a considerable net worth of $6 million.

After several years of frustration and unemployment, he joined Todd Hoffman in the gold mining venture. Despite joining the gold miners, his frustration increased after three seasons of consecutive failures. It led to him quitting the show and returning to his family.

Nevertheless, he is a skilled operator known for his hard work. He g invited to work with Parker Schnabel, which makes him a proud member of the company. Due to his unstable income and unsuccessful years with the Hoffman crew, his net worth is unknown.

However, according to reports, Greg started earning the same amount with the Schnabel crew with the hope of an increase in earnings based on subsequent successful seasons.

He once came close to losing everything due to many unsuccessful years in the gold mine industry. However, despite all that, his love and passion for the industry did not dwindle. With his son, Todd Hoffman, leading the way, the duo mined over 6000 ounces of gold with relentless passion seeking for more.

Jack Hoffman has been in the gold mining industry for more than 25 years, which makes him a suitable cast for the Gold Rush TV show. His net worth is about more than $5 million. Many people believe that a large chunk of his wealth is from gold mining and his association with the Gold Rush Reality TV Show. His salary per episode is $10, 000.

He has been friends with Todd Hoffman for more than 15 years. He lost his job and was about losing his home. It was at that point that the Hoffmans came to his rescue by adding him to their crew.

His current net worth is about $350,000. Most of his income is as a result of featuring in the Reality TV Show ‘Gold Rush.’ The show has been of great benefit to Jim Thurber, aiding him in financing his children’s education. His daughter was able to complete her education in Pioneer Pacific, and his son graduated from Oregon State.

His salary per month is $10,000, making his annual earnings to be $120,000. His exact earnings from the show remain unknown. However, his association with the Hoffman family and the Reality TV Show ‘Gold Rush’ raised his withdrawal expectation to a considerable paycheck.

The Gold Rush Reality TV show is filled with suspense, adventures, and consumes lots of expenses. It explains why most people are eager to know how much does the cast of gold rush makes. With the expense comes the gain, you can either win or lose just like in the game of life. 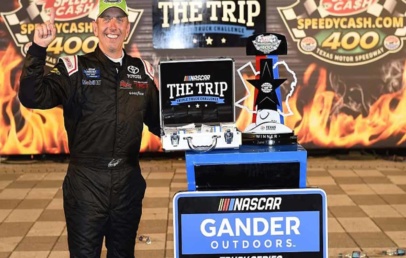 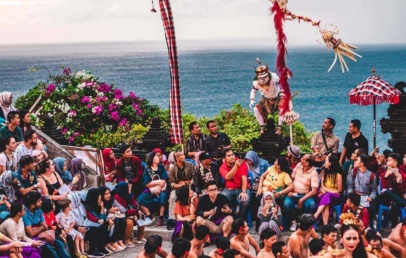