Cobia is a species of fish with an elongated spindle-shaped body and a large flat head. They can reach a maximum length of 2 meters and a weight of 78kg.  They grow fast since they have a diet full of proteins.

Cobia has become part of many people’s menus, and it is served in a lot of restaurants. Let us now take a deeper look into this fish and more delicacies from the seas;

Cobia has a low amount of fat, good firmness, and a fresh buttery flavor. All these come together to give a fantastic taste that will leave you wanting more.

It has a wide range of preparation options since it barely tastes like other fish. From fish sticks to cobia sashimi, this fish tastes wonderful.

What Are The Four Fish You Should Never Eat?

There are some fish species that you need to avoid eating. They may contain a lot of pollutants and heavy metals such as lead and mercury. These metals are more common in the seas, lakes, and oceans due to increased pollution rates.

You ought to avoid this fish to protect both you and the fish. Bluefin tuna have been overfished and are on the World Wildlife Fund list of endangered species. It would be best if you avoided this fish to preserve it for future generations.

You should not eat this tuna more than once a month or avoid it completely. This is because Bluefin tuna has insanely high levels of mercury. If eaten too much, it could poison you or cause serious illnesses.

This fish lives for a very long time, up to 100 years, but it has a slow reproductive cycle. This means that they take a longer time to repopulate; therefore, they are at a greater risk of getting overfished.

It would help if you stayed away from them to preserve the species. Another problem that comes with this long life is the increased exposure to mercury and lead.

An adult could have had 50 or 60 years of lead build-up in it. Eating such a fish will be unhealthy for you.

These Salmon are raised in congested pens that are often full of parasites and diseases. They are given pesticides and antibiotics to help fight these diseases.

They are also fed artificial feeds that are harmful to the environment. These pesticides and feeds make the fish harmful to eat. There are other safer options you should look into.

This fish takes as long as 50 years to mature. The slow development makes it vulnerable to overfishing since they have delayed reproduction.   You could eat Pacific halibut since they reproduce faster, so they aren’t endangered.

What Are The Healthiest Fish To Eat?

You should eat fish at least twice a week if you can afford it. Fish are full of nutrients that are good for the body and the development of the brain. Some fish are extremely healthy, and you should try to eat them more.

It also has more omega-3 levels, which is good for your body. These are smaller tuna that weigh around 20 pounds, and trolls or poles catch them.

The best Salmon would be from Alaska. There is constant observation to ensure that the fish are at their peak and safe to eat. These fish are healthy and carry a much smaller amount of pollutants.

Sardines are small and cheap, but they are one of the healthiest foods you will ever eat. It has more omega-3 per ounce as compared to any other fish or food.  It also is packed with Vitamin D, which is important in growth and development.

Their low position in the food chain means that they have a barely noticeable amount of pollutants like mercury. They also have lots of proteins.

Lake trout has a lot of pollutants, but fish farmed trout is safe to consume. They are farmed mostly in freshwater ponds, and they are protected from most contaminants.

Why You Should Never Eat Tilapia

Tilapia is one of the most eaten fish nowadays; it is easy to cook and is cheaper than the other fish in the market. It’s mostly produced in artificial fish farms.

Because of the food they eat, tilapia can have up to 10 times more carcinogens than other fish.      The most dangerous of them is dioxin which is in the tilapia’s body.

It takes up to 11 years for the body to flush out dioxin, which is toxic. Dioxin can cause cancer if consumed in high amounts.

Consuming farmed tilapia increases the chances of getting cancer because it contains pollutants. Most of these pollutants come from fish feeds. It also has a high amount of pesticides and antibiotics that farmers used on the fish.

Is Cobia Safe To Eat?

Cobia is one of the sweetest delicacies the oceans have to offer, and it is safe for humans to eat.  How safe it is to eat these fish depend on whether it was raised in the wild or artificially.

Artificially raise cobia are safer since they are exposed to less lead and mercury. Wild fished cobia will have relatively high amounts of heavy metals.

This level is because they are predatory fish, and they, therefore, feed on fish that has mercury in them. The feeding means that there is an accumulation of lead in them.

For expecting or lactating mothers, keep away from cobia entirely for your child’s sake. You can have cobia for the rest of the population for a maximum of three servings a month. Too much might lead to mercury poisoning.

Considering all the amazing aspects of the meal, Cobia is affordable. It is especially cheap in the local areas in which it gets fished. A pound goes at an average of $ 21, depending on where it is purchased.

The price is a little higher in restaurants depending on the method of preparation. There is sushi, fish fingers and many other delicacies that can be derived from cobia.

Cobia is one of the healthiest and tasty fish there is. It has better flavor, texture, and consistency than most other fish.

It can have a high amount of mercury; it should be cleaned thoroughly and placed on ice as soon as possible to prevent the growth of bacteria after catching it.

There are fish that you should limit eating, such as tilapia, groupers, and Bluefin tuna, etc. As a general safety measure, avoid predatory fish since they tend to have more heavy metals in their bodies. 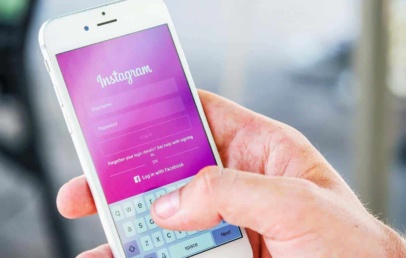 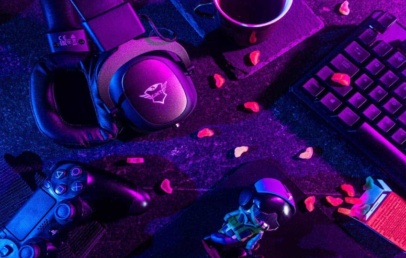