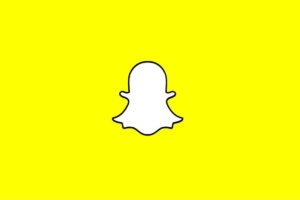 Snapchat is a multi-messaging mobile application that had its first release in September 2011. The original name for it was “Picaboo”. It came about as a proposal in a product design class project in April 2011 by Evan Thomas Spiegel, who was studying product design at Stanford University.

Now, is Snapchat a social media?

What began as a class project later became a top-rated app. However, the question that requires an answer is, is Snapchat social media? Snapchat is a social media app. It connects people and helps them to foster relationships.

Continue reading for more information on this topic.

A Brief Background Of Snapchat

Evan Spiegel, Bobby Cornelius Murph, and Reggie Brown were all students of Stanford University at the time. They worked together to create and launch “Picaboo” on the iOS platform in July 2011. They later removed Reggie Brown from the company after its launch.

In September 2011, they had to rename it to “Snapchat.” The development of the app was by Snap Inc, originally called Snapchat Inc. It is an American social media company that has its headquarters in Santa Monica, California.

Snapchat operates on both android and iOS systems. The last updated versions are version 10.75.0.0 for android on 3rd February 2020, and version 10.74.1.1 for iOS on 11th January 2020. On 2nd March 2017, the company prepared an Initial Public Offering and is on the New York Stock Exchange.

Is Snapchat A Social Media Platform?

Social media are websites or applications that allows user to create and share contents or information through virtual communities or networks. One can say that Snapchat is a social media app due to the several social features it contains.

Snapchat is a viral social media platform. Thus, it allows people to connect with their family, friends, favorite celebrities, as well as corporate entities. Businesses also take advantage of Snapchat to reach their target audience and also convert new customers.

The Features Of Snapchat

As of January 2020, Snapchat rated as the 4,219th most popular app by Alexa. Alexa is web traffic and ranking site.

The popularity of Snapchat is traceable to its usability and fun features.

Some of its main features are instant messaging, videos and photo sharing, and multimedia exchanges, usually called “snaps.” The primary distinctive attribute of the app is that it was a disappearing-image messaging app. All these disappear from the view of the recipients after a while.

Individuals and corporate media brands can share content on their timeline called “stories,” which is a 24-hour chronological arrangement of posted materials from previous to most recent. It gets about Snapchat 25 snaps per second, 20 million snap chat images per day. It also has a user base of over 210 million people as of October 2019.

In June 2013, the company launched Snapkidz. It allows users under the age of 13 to create and edit snaps, make drawings, and save them on the device they are using. You activate Snapkidz when the user inserts his or her date of birth.

You can send the snaps taken on Snapkidz to other users. Snapchat topped the records as the most downloaded mobile app of the decade from 2011 to 2019. Some of its features that made it stand out are:

Snapchat is an app-only media platform. It means that it does not have a web version. Users can sign up without using phone numbers; instead, they can use their email address.

Users can sign up using disposable emails. Also, upon downloading, you only need permissions to set up the app, making the process faster and hassle-free. It is one of the reasons that account for the increasing user base for Snapchat.

Users can take pictures or create or edit photos using features such as filters (geofilters such as location, destination, events, and city), drawings, lens-face detection, special effects, emoji, and texts. The privacy control feature allows the sender to control who can view the snap and also direct it to specific persons.

The directed snaps can be private, semi-public “our snap”, and public. The company added a video snap option in December 2012, and each video spans between 1-10 seconds. Pressing and holding down the photo button in the app converts it to video mood for the user to make video snaps. The reason for the short length of the video snap is to enable it to be compressed into the size of a photo, as explained by Evan Spiegel.

It is a feature added in January 2015 that allows short videos or photos advertising campaigns from brands. It helps brands by connecting them to their customers and target audience. The first paid advertisement on Snapchat was on 19th October 2014, a 20 seconds trailer for a horror movie named “Ouija.”

One feature that sets Snapchat on a different level from some other social media apps is its less aggressive and minimally intrusive advertising approach. Users see ads only when they click on the discover icon

One can add friends and other users to his or her Snapchat by either making use of usernames, customized snapcodes, phone contacts, or the “Add Nearby” feature, which scans for other users that are around one’s location using the “add nearby” menu.

It launched its Snap Camera Desktop application for Mac OS and Windows PCs on 26th October 2018. The app makes use of the lenses to activate Snapchat. It also uses it to make video calls and to live stream events.

Snapchat supports over 21 different languages. By this gesture, it has been able to break the language barrier and reach out to people from diverse races.

Snapcash also enables users of Snapchat to send and receive money between each other via private messaging. Square, a financial service, and mobile payment company powers the payment system.

The majority of Snapchat users, since its inception, are young people (millennials). There was a hypothesis in 2014 by researchers from the University of Washington and Seattle Pacific University that Snapchat was mainly useful for privacy-sensitive contents such as sexting and sexual content. However, the results of the study carried out showed that only 1.6% of the respondents used Snapchat for sexting, and 14.2% admitting to having engaged in sexual content through the app at different times.

However, it showed that a higher percentage of users used Snapchat for creative purposes and fun. The report indicated that most Snapchat users were not willing to share very private messages, documents, or sexual content through the app. It also showed that just like other popular social media apps and sites, the success of Snapchat is not due to its security properties but due to the fun which users derived from using the app.

In December 2013, Snapchat was the target of an attack by a group of hackers who said they intended to draw the attention of the public to Snapchat’s vulnerability. According to them, they also wanted to compel the developers to fix the vulnerability. The hackers displayed the usernames and phone numbers of over four million Snapchat users.

A former employee of Snapchat reported that a lawsuit was filed against Snap Inc. because Evan Spiegel remarked in 2015 that Snapchat is not for poor people as he had an interest in expanding into countries like India and Spain. The matter caused social media outrage and a trend on Twitter with the hashtag #UninstallSnapChat. It, in turn, led to massive uninstalling of the app by Indian users and negative reviews, which gave the app a “one-star” rating on android and iOS app stores.

The outrage led to a 1.5% fall in Snapchat shares. Snapchat refuted the claims of the employee and emphasized that the app is available for everyone to download for free

Snapchat published a new design that many of its users did not find exciting. A report showed some of the reasons that users did not like the new design. Some of these reasons included difficulty in sending and viewing snaps, as well as, the cramming of stories incoming snaps on the same page, etc.

A tweet by Kylie Jenner in February 2018 criticizing the new Snapchat design allegedly made Snapchat lose over $1.3 billion in market value. Also, over 1.2 million people signed an online petition asking Snapchat to remove the new update on the app.

In the face of yet another controversy, in May 2019, reports had it that the employees of Snapchat Inc were abusing the data of users by using an internal tool named Snaplion to spy on users.

In spite of these numerous controversies, Snapchat remains a significant player on the scene. Having answered the question is Snapchat social media, we can understand the distinctive features of Snapchat and how it helps people to connect and interact with each other. 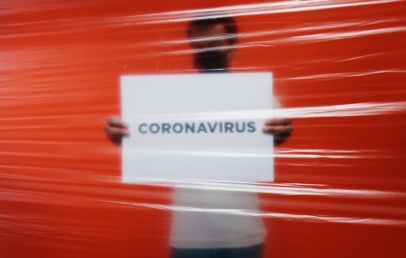 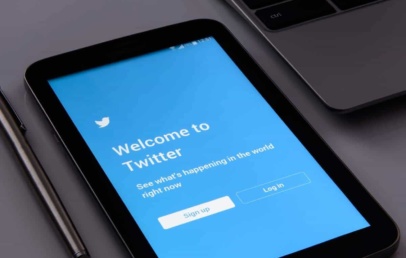