According to the Merriam-Webster Dictionary, ethnocentrism is the belief and behavior that shows that your ethnic group or nationality is of superior value to that of others. Cultural relativism, on the other hand, is the notion that a people’s beliefs, culture, language, and values, should be understood and interpreted based on their own culture, rather than comparing that culture against the standards of another culture.

Taking a look at ethnocentrism and cultural relativism

When we talk a look at ethnocentrism and cultural relativism, we realize that they are distinct concepts that share little or no difference. In essence, both ideas seem to be directly opposing each other. Ethnocentrism adopts a different approach, while cultural relativism uses another approach. In this article, we shall be looking at both to understand them better.

Just keep reading to learn more about this topic!

It is the assessment of other people’s cultures through the purview of standards and practices about your culture. Usually, it manifests as a belief that one’s own culture, tradition, and customs are higher and more relevant than those of other people. People exhibit ethnocentrism in social, language, religious, cultural/traditional, biological, and even in archaeological communities.

The origin of ethnocentrism

Ethnocentrism gets its meaning from a combination of two words “ethnos” from the Greek language, which means “a nation, collection of people, or a cultural grouping” and “centric” from Latin origin, which interprets as “center.”

The first recorded usage of the word was in 1906 by William G. Summer. William Sumner, a famous critic of ethnocentrism, suggested that ethnocentrism depicts the evaluation of people. It also represents places, cultures, and things from the view of your group and values as significant and only reference.

In anthropology, there have been several classifications of ethnocentrism. It is useful in determining how culture and groups are different or related to each other. The basis could either be religious, technological, or historical. Colonization has dramatically influenced these classifications.

The sources of ethnocentrism

Ethnocentrism, as it were, is not a natural characteristic, but it is a learned behavior emanating from the beliefs and values of a collection of people as well as individuals.

Conflict, cultural shock, enculturation, and social identity are some of the significant causes of ethnocentrism.

Conflict, whether real or perceived, affects the psyche of groups and individuals. It causes the bigger, stronger, or controlling party to feel threatened by the other individuals or parties. It creates a positive feeling towards in-group members and a hostile attitude towards others who do not belong to the group or culture.

We can describe cultural shock as the confusion and frustration that results from the overwhelming feeling from exposure to cultures, values, and norms different from that with which an individual or group is already familiar.

Cultural shock is a result of stereotyped views of individuals. The view makes them not to expect many differences. Thus, the culture in which the individuals grew up and what they finally realized is different. However, one can overcome cultural shock by learning and adapting to the new environment, its cultures, and norms.

Enculturation drives strong loyalty within members of an in-group and causes adherence to the norm and values of the group, with which one identifies. Social identity causes a positive view of a group’s culture and creates a bias against other people’s cultures.

The effects of ethnocentrism

The concept of ethnocentrism comes with intense discrimination and hostility towards those who do not belong within the same group. Throughout the world’s history, ethnocentrism has resulted in major conflicts such as apartheid, genotype, holocaust, slavery, xenophobia, etc.

Cultural relativism, just like ethnocentrism, is evident in social, language, culture/traditions, biological, and even in archaeology communities.

The origin of cultural relativism

Franz Boas first postulated the concept of cultural relativism in the early period of the 20th century, and his students further made the idea famous. However, he is not the founder or originator of the term. According to Franz Boas, a people’s notion, stereotype, and perception are not beyond the level of their civilization, and civilization in itself is not ultimate, it is relative.

The human race across the world has a lot of basic things in common. However, cultural differences are more widespread and much more visible than the cultural commonalities. Things like food, fashion, and language are commonplace around the world, but there are differences in the way and manners in which we express them. It also depends on the cultures of the people in different locations.

One premise upon which ethnocentrism finds expression is in the development of a high level of regard and love for one’s own culture, values, and norms. It is useful in itself as it draws people in the same group closer and causes healthy communications between members of the community.

However, ethnocentrism has undesirable results such as dislike and hostility towards individuals and groups from other cultures. It quickly causes and leads to misunderstandings and conflicts.

We can view colonization as a form of expression of ethnocentrism.

At the beginning of the sixteenth century, the expansion of European colonies resulted in the imposition of their perceived advanced cultures and values on other “inferior or backward” cultures. The phenomenon is what one can refer to as cultural imperialism.

They viewed the people as backward and uncivilized. The colonizers classified the people as uneducated and decided that these people needed aid, cultures, guidance, religion, and governance from the Europeans. It resulted in the imposition of the perceived needs of the inhabitants of the lands by the colonizers.

Ethnocentrism is very much present in the world today. Modern cultural imperialism is what we see in the case of several international aid organizations that introduce educational, cultural, biological, religious, and even agricultural structures and methods from advanced countries. Most times, they are usually are at the detriment of the already existing indigenous structures in these places, which upon objective evaluation adapt better and are more effective than what the aid agencies introduced.

The concept of cultural relativism relies upon the premise that people should learn each culture and evaluate base it on the criteria of their context, values, norms, and merits, and not evaluate by the settings and customs of any other culture.

It is essential to consider, especially when studying the minority cultures, colonized civilizations, and some other traditions that may have been or still is at the mercy of the supposed superior, dominant class. It is very challenging to learn or study about different cultures objectively without having some form of bias.

The Relationship Between Ethnocentrism And Cultural Relativity

On one side, ethnocentrism connotes a feeling of superiority over other people as a result of their cultural, ethnic, or social background, etc. On the other hand, we have cultural relativism that seems to have an understanding of the importance of each person’s culture and the need for the interpretation of such cultures within its context.

Cultural relativism does not necessarily have the view that all tribes, ethnicities are equal. However, it recognizes that each one is unique. Thus, cultural relativism is tolerant of foreign cultures. A cultural relativist does so without any trace of ethnocentrism. The essence of the point is not to assert that one is better off than one.

The Differences Between Ethnocentrism And Cultural Relativism

Ethnocentrism is of the firm belief that its culture to superior to all others and is best. At the same time, cultural relativism shows a deep appreciation and understanding of the culture of another person or tribe.

Ethnocentrism in today’s world view would be incomplete without mentioning the forms in which it relates and exhibits itself. One of the reasons religion comes up when talking about ethnocentrism is that religion constitutes varying large groups of people. 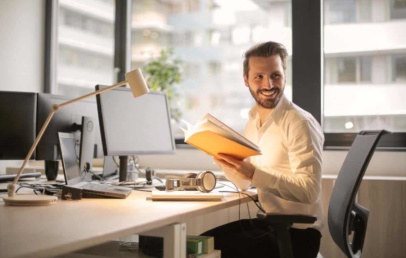 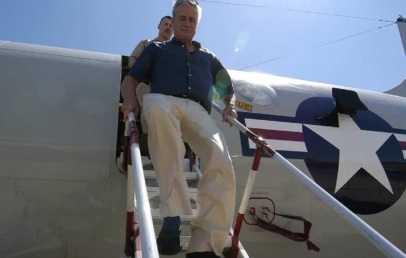