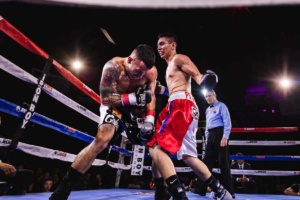 Wrestling is a prevalent type of sport that involves two or more persons tactically struggling with each other to put each other down to the ground. The game consists of each party holding the arm of the other to pin the shoulder down or hold the waist down. The rules of the sport, in particular, are in a way different from boxing where you hit your opponent with your fist.

So, is wrestling a martial arts?

In wrestling, you can use your arms on your opponent. However, there is a restriction of fists by the regulatory body. The use of the arm and several other techniques such as clinching, shoulder- arm struggling, accounts for its difference from other similar sports. Thus, we begin to ask, is wrestling a martial arts? We cannot say that wrestling is martial arts, although they might bear one or two similarities.

The History Of Wrestling

History’s vivid account of wrestling dates back to about 15,000 years ago, which makes it one of the most primitive forms of fighting man has ever known. The techniques utilized by wrestlers in today’s world are traceable to the drawings in caves found in Egypt and other parts of the ancient world. Even writings from famous books such as the Bible, (the old testament in particular) give an account of one Jacob who had an altercation with spirit beings believed to be an angel of God by other literary accounts.

Another school of thought agrees and proposes that wrestling originated from ancient Greece as a standard method of combat by both foot and horse soldiers. However, it later became a sport, with speculators and countries like India and Mongolia developing and showcasing their style of wrestling.

There are several types of wrestling. We shall be looking at them below.

In this type of wrestling, the opponents adopt several techniques to nail each other down until one gives up as a loss. It originated from the American space.

Under sumo, there is a demand for one opponent to push or throw the other outside the ring. When you look at the technique behind this game, it is easy to think that large body size and weight are the primary determinants of who wins, but no, the game sumo is more of flexibility and skill than weight and size.

It is a type of wrestling that has its origin from Greece. It is similar to conventional Japanese martial arts because it involves the use of choking, locking, smackdowns to take down opponents. It is a popular displayed in most Asian combat movies.

Taking A Look At Martial Arts

Martial arts, over time, have two broad categories. They are Armed and Unarmed.

Armed martial arts is propagated by Japan, while unarmed martial art is a common practice in China. A few examples are tek-won do, karate, kung-fu, and many more. All of these practices flow from the medieval martial arts

The skill of martial arts in Japan, popularly known as ninjitsu is primarily for military objectives. It involves learning about weapons, the knowledge of friends and foes, studying about the enemies, and using their weakness against them through manipulation strategies, escaping concealments, and expanding geographies. They learn martial arts and apply it to their daily lives through exercise.

Outside the famous names like kung-fu, martial arts have numerous varieties, with each one having its take, process, and unique technique applicable over the world. While some are primitive, others are newly introduced formats. However, they all center on achieving the same results.

Also known as the stand-up technique, it is a type of martial arts that trains its students on how to protect themselves whenever they are on their feet. Its techniques focus on the utilization of kicks, punches, blows, and elbows to achieve this feat. The method each person uses is peculiar to the coach training him or her. One might tend to use a part of the body better than the other. It is a common practice in countries like Brazil and Russia.

Under grappling, practitioners learn several skills that they could use to hook their opponents down in a way they have no other choice than to submit to a loss. Some of their popular styles include Russian Rambo, jujutsu, and sumo.

It is a type of martial arts that begins with both parties standing on their feet. The way it goes down is through smack-downs, take-downs, or throw-downs, and this is where some special takedown skills become necessary. Every skill listed above is useful in throwing down the opponent. That is, they are all means to an end. However, the primary styles familiar to the takedown or throwing combat are hapkido, judo, aikido.

They are martial arts practitioners that do not concern themselves with the combat attribute or applications of martial arts. Instead, they are interested in the techniques that increase both physical and mental health, such as breathing, muscle exercise, and other recreational activities that deliver body fitness. Others even go as far as practicing its spiritual flow. It does not mean that whenever there is a need to make use of the skills for combat, they don’t. It is not just their primary objective.

Some of the styles include Chi Gong-based technique and Tai Chi, which happens to be the most common among the many others.

It is a modern type of martial art that has incorporated in itself other styles. In recent years, the development of different kinds of martial arts emerged, which they teach in schools. The hybrid technique applies a combination of takedowns, on foot, and grappling to gain a competitive edge.

In as much as they both involve one on one combat, wrestling is not the same as martial arts. Whereas both of them are sports, military tools, and self-defense skills, martial arts have a much deeper bearing in the development of both spiritual and mental health.

Although without considering the difference in application, practice, and smackdown practiced in both sports, the origin also plays a significant role in their differentiation. While wrestling can be traced forward from ancient Babylonia space to the ancient American, martial arts has its bearing from Asia. The essence and the motivation for wrestling in America were for entertainment purposes, while Japan taught martial basically for survival and a deeper connection with the spirit world.

Martial arts have levels and rankings, and these rankings are test-sensitive. That is, you would have to pass several tests to determine your next rank or belt color. There is a referee to watch how the players in the game of martial arts play, but in wrestling, a set of judges determines the scores.

Showmanship happens to be one of the tools in wrestling, but martial art practitioners tend to fight for and to preserve honor, respect and transcend the limits of the positions they must have found themselves.

In wrestling sports, you move higher by competing with the best in the same field. Martial arts makes you compete with other practitioners in another branch of martial arts, but where the same rule applies. Professional wrestling itself, as a sport, has its script already in such a way that you have predetermined outcomes. Nothing comes in as a shock to the players. Neither are they trying to compete with each other, but then the whole idea is for entertainment. Therefore viewership is very critical to the success of wrestling. The viewers are the major stakeholders in the game of wrestling.

It is different for mixed martial arts. There are no predetermined moves, just two persons competing to move to the next level. You derive pride and honor, not from the viewership but the ability to display and utilize one’s combat skills to ascend. There is no already scripted or worked process that the players need to follow.

It’s widespread of people to sit either at home or public places watching wrestling matches but very unusual that you find people rooting for most popular martial arts. Martial arts create a more real experience of combat.

From what we have seen so far, it is a fact to state that wrestling and martial arts both have their similarities and differences. Categorically speaking, wrestling is very much different from martial arts. They have different sets of rules, approaches, patterns, and methods. The orientation and ethics that are backing both vary. Thus, we answer the question, is wrestling a martial arts, in the negative. 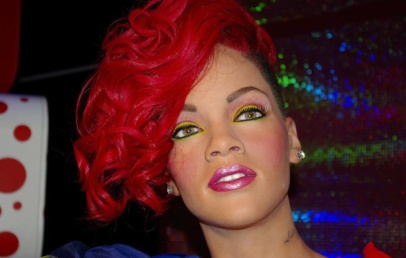 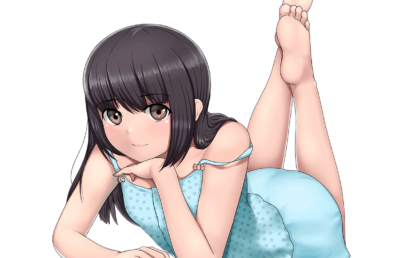