How to Dismantle a Gun

There are a few things that every firearm owner needs to know like the back of their hand; how to hold and operate a gun safely, and how to dismantle a gun.

Gun safety is pretty self-explanatory. But the second, taking apart your gun, isn’t as common.

While the gun enthusiast definitely knows how to dismantle a firearm, many casual target shooters and even hunters couldn’t disassemble their gun if they tried.

Wondering why knowing how to dismantle your gun is important? And want to learn how to do it? Keep reading for everything you need to know.

Why Knowing How to Dismantle a Gun Is Important

Being able to disassemble your gun and reassemble it is an important skill. Whatever type of firearm owner you are, you need to know how to disassemble each of your guns. Here’s why.

You cannot effectively clean your guns without first taking them apart. Dismantling your gun allows you to clean the barrel and action in the safest way possible. It also allows you to reach many firearm parts you couldn’t if the gun were assembled.

If you want your gun to perform reliably, that also means regular maintenance. Applying lubricant to the action, ensuring all components are tightly secure, and other maintenance steps are needed for ongoing performance.

If something goes wrong with your gun and you cannot fire, load, or hit your target, you need to diagnose the issue. This starts by completely unloading your firearm, double-checking that it’s unloaded, and dismantling it.

To discover the issue, you might not even need to take the entire gun apart. But being able to do so will give you an understanding of what the gun should look like inside. That way, you’ll notice when something is off.

Learning how to take apart your guns will make you a more knowledgeable shooter. You’ll be more familiar with how guns operate, what parts affect your shot, and ultimately become a better shooter overall.

Knowing how guns operate, how to dismantle them, and how to reassemble them will also make you a safer shooter. You’ll have a greater understanding and greater respect for guns and will know how to hold and use them safer.

Learn How to Build a Gun

Many sport shooters, hunters, and firearm enthusiasts plan to build their own guns. The first step in this process is knowing how to dismantle your current gun.

As you take apart and reassemble your gun, you’ll memorize what each part is, what its function is, how it works, and how to install it.

For example, the AR-15 is a popular gun to either build or modify. There are a lot of parts that go into the build, so it helps to know how to dismantle one before even trying to build it.

To get started on your build, you’ll need to ensure you have all the parts, including a barrel, stock, grip, handguard, AR 15 lower parts kit, and other gun parts. Start getting used to these components on an existing rifle first.

How to Dismantle a Firearm

Ready to take apart your gun? It’s best to consult your owner’s manual, as each type of gun and manufacturer is different.

However, since most people don’t keep those around, here’s the general overview for breaking down the major components, rather than a complete breakdown.

The first thing you need to do is ensure the safety is on. This is normally on the right side of the gun handle, near the trigger guard.

Then completely unload your gun. Remove the magazine by pressing the release button. Pull back the slide of the gun to release a loaded bullet and ensure there are no rounds in the chamber or barrel.

Feel with your finger the back of the barrel and the magazine opening to ensure there are no rounds stuck anywhere.

Your gun will likely have two slide release buttons near the trigger, one on either side of the gun. Press these at the same time while moving the slide forward to release it and remove it from the gun.

Step 3: Remove the Spring and Barrel

Once the slide is removed, you can turn it over and push the spring forward to release it from the barrel. Once removed, the barrel can also be lifted out.

Sometimes this process is tricky, as the parts are held in place by tension from the recoil spring. Be patient and continue to try, but don’t exert too much pressure or force anything.

Once you have disassembled your gun, it should be pretty easy to put it back together. Just reverse the process.

After you finish, make sure you test the gun by pulling back and release the slide, ensuring it moves smoothly. Double-check the safety of your gun by examining the chamber and back of the barrel.

The AR-15 is one of the most popular guns for competition shooters and gun enthusiasts. It’s completely different from your average hunting rifle or handgun. Here’s how you can break down its main components.

Again, the first thing you always need to do is ensure the safety is on. Then, remove the magazine by pressing the release button and sliding the magazine out.

Pull the slide, or charging handle, to the rear locked position, basically cocking the gun. Take a close look to ensure there are no live rounds present. Then push the handle forward.

Step 2: Press the Take-Down Pin and Open the Firearm

On the left of your rifle should be a small take-down pin. You’ll need to press this in using a screwdriver. On the other side, the bigger side of the pin should emerge. It won’t come out all the way, but pull it until it stops.

Your rifle should open up similar to a shotgun. Now you can separate the upper and lower receivers. To completely separate the two sections, you can remove the front take-down pin holding them together.

You can remove the barrel side guards by pulling the release ring near the mag chamber towards you. You can now slide the guards off.

Look into the exposed end of the buffer tube to find the buffer detent. Gently press this until the buffer is released. But do so slowly as the spring is under tension. You don’t need any parts flying across the room.

You can then tilt the group up which will release the firing pin. Set this aside. If it doesn’t slide out by itself, it may be stuck due to excess carbon buildup. You can gently pull it out if needed.

Then you can remove the cam pin, which is on the front section of the group. Remove it by pushing it in and rotating it until it comes free.

Now, just pull off the bolt itself, which also may be stuck due to carbon buildup. Your rifle is now disassembled and ready for a deep clean.

Once cleaned up, you can put your rifle back together. Again, it comes down to reversing the process. Taking pictures during each step of disassembly will help you know what each step should look like.

Make sure to test the rifle’s functionality and safety. Pull back the charging handle and release it to test the action. If it moves smoothly, you should be good to go.

When pulling back the handle, make sure to examine the chamber and the barrel for any live rounds, which shouldn’t be there considering you just took apart the gun. It’s best to develop excessive safety habits.

It’s not hard to dismantle a gun. You just have to set aside a few minutes of your time to sit down and learn how. Once you’ve done it once or twice, it will become second nature.

Now you’ll be able to effectively clean and maintain your firearms, as well as diagnose issues and solve problems. You’ll be a more knowledgeable and effective shooter and you’ll appreciate the process of shooting far more.

Looking for more inspiration to take your hobbies to the next level? Be sure to visit our blog today for other helpful articles. 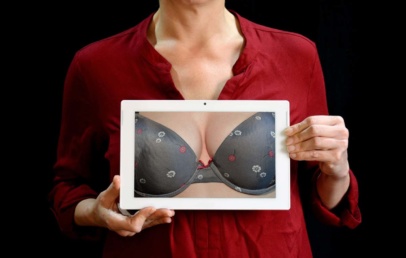