Can You Put Cardboard In The Oven? What Happens If You Do?

One of the most popular foods to come in a cardboard box is Pizza.And one of the easiest ways to heat cold Pizza is to throw the box in the oven and spin it for a few minutes.

But can you put cardboard in the oven for heating purposes? The answer is no. If you’re someone who does this all the time, then you need to STOP today! Here’s why you should steer clear from doing this for the sake of you and your family–

You shouldn’t put cardboard in the oven. That’s because the purpose of the box encasing your Pizza is to stop the food from falling apart and to retain heat on the way home. It’s not designed to act as a heating tray. So, using it as such might potentially cause a fire or other awful results.

Why Some People Use Cardboard In The Oven?

If you’ve already done your share of research, then you might have noticed how a lot of people claim that they do this all the time. Well, the reason behind their strong claims is that they haven’t come across any of the potential mishaps yet.

As you know, an oven heats food gradually through heatingrods or microwaving. So when you put cardboard inside the oven, the same happens to the said material as well. If, by any chance, the temperature of the cardboard surpasses 400 degrees Fahrenheit, it’s bound to catch fire.

Again, you must also understand that the purpose of a cardboard box is not to act as a heating tray. Rather food places adopted the means of cardboard boxing for temporary storage and containment. So, the only reason why Uncle Ben got away with microwaving his Pizza box was that he got lucky.

Can You Put Cardboard In The Oven: Safe Or Risky?

Whether you’ll have to end up calling the fire service or not directly depends on how high you’re heating the material. At this point,we’re not even kidding. Here’s a brief explanation to back up our claims–

As long as you’re only putting the cardboard inside the oven on very low heat so that your snack remains warm, you’ll be fine. So that is something we can label as safe and doable. However, we don’t recommend that you heat the box too much as that can lead to adverse and unfavorable results.

If you’re not responsible enough,then you’re sabotaging the safety of both you and your oven. So don’t risk a catastrophe in your kitchen by putting the entire box of frozen pizza in the oven to cook it all the way through!

Potential Risks Of Putting Cardboard In The Oven

The possibility of an accident is endless, and none of them are going to look good on your records. Here are some of the common mishaps people have committed by heating cardboard in their ovens;

The cardboard catches fire when it crosses the margin of 400 degrees Fahrenheit. By putting cardboard to heat in an oven in extreme temperatures can cause it to catch fire. And fire inside electronic equipment can only lead to more serious problems, quite instantly.

The chemical composition of cardboard packages does not have any food-grade certification. It can be detrimental to your health if the chemical components infuse with your food. This contamination occurs when you’refood is in contact with the cardboard’s grease protection film during heating.

Your food starts to taste fumy or like molten polythene if you heat it for too long on cardboard. If you’re frequently reheating your Pizza on the cardboard, then it’s highly likely that you won’t notice the change. But a guest who’s not used to this process will be able to tell the difference right away.

It’s risky to cook frozen pizzas directly from the box. Again, reheating in boxes that have a plastic film over it releases fumes inside the oven. Since the toxic particles are invisible to the naked eye, we’re not too alarmedbythem. Not only does this make your oven unworthy of use it might also ruin its functionality.

If you’re struggling to find the optimal ways to reheat Pizza, then this section is for you. Remember that all of the methods are not supposed to work equally for an individual. So make your pick according to your convenience.

Directly On The Rack

You may place the Pizza directly on the oven rack to heat it. It’s completely safe and hygienic if you clean the racks frequently. However, stained racks can leave grill marks on the bottom of your pizza bread.

Over A Pizza StoneOr Baking Tray

If you’re not comfortable with the previous method, then you can always place a pizza stone underneath the Pizza. If you don’t have one, just use your baking tray instead. This equipment isa perfect substitution as long as you spray a little oil on it.

Take two long sheets of aluminum foil. Place one on the rack and then the Pizza over it. Now take the other one and lightly place it over the cold Pizza. Set the oven to low heat, and you should have a soft-bread pizza reheated in no time.

If nothing works for you, then you can always spray a little vegetable oil on your pan and heat your Pizza on the stove. Remember to set the flame to the lowest, or you’ll end up with a hard crust.

1. Can you bake Pizza on cardboard?

No, it’s not safe to bake Pizza on cardboard because it is flammable. Since the oven is capable of raising the heat levels by a lot,there’s always the risk of fire and chemical contamination.

2. Is it safe to microwave food inside cardboard boxes?

The chances of a fire starting from microwaving cardboard are fairly less, but not zero.  However, cardboard contains various organic adhesives and grease layers which may release toxic fumes upon heating.

3. Can you put a frozen pizza on cardboard in the oven?

The only safe way to reheat cardboard is on mild settings or low heat. Heating a frozen pizza will require a lot of heat. That amount of heat is bound to cause unwanted changes to the cardboard. So we don’t recommend heating frozen pizzas on cardboards.

Can you put cardboard in the oven and still ensure safety? No, you can’t. Although it seems like an easy option,it’s best if you don’t compromise the safety of yourself and your kitchen. We encourage readers to resort to safer options that provide you with even better results than heating on a cardboard box. 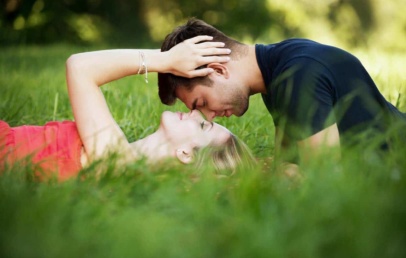 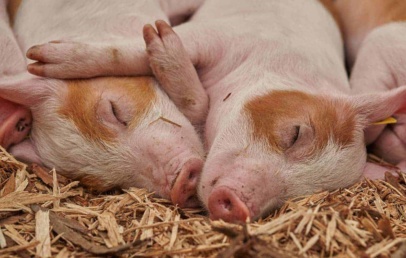